This steroid is usually injected into the bloodstream, and it is also called bold none undecylenate. It is an anabolic steroid that is used to increase the amount of lean muscle in users. The half-life of this steroid is long, and this means that it takes a long time to get finished in the body. 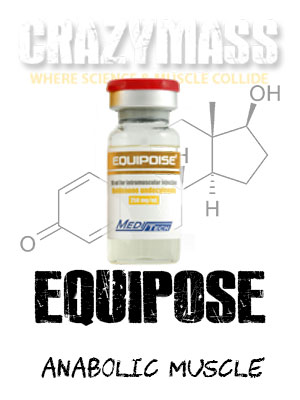 Legal Alternatives to Equipose for Bulking

The steroid’s ability to increase red blood cell count has put it among the remedies used for anemia. It is used by both men and women because it is not converted to estrogen. Men do not have to endure their bodies transforming into feminine shapes and women don’t have to fear the negative effects of having excessive estrogen.

The steroid causes the least known levels of testosterone-estrogen conversion among all other known steroids. Although the side effects of the steroid are not severe, it does not give people the right to take it in excessive amounts. Aromatization occurs if the steroid is used excessively and the only known way to avoid this is to use it in conjunction with another steroid known as Nolvadex.

Equipoise increases muscles over a long period of time and this leads to the production of high-quality muscles that are stronger and that retain less water. The steroid can be used in combination with various other steroids without causing conflicting effects.

Among the steroids that can be used with equipoise include Anadrol and trenbolone acetate. By taking this steroid a person will surely fail drug testing because it is easily identified because of its long-lasting nature.

The steroid has side effects that are mostly androgenic including aggression, loss of hair, oily skin, and acne. The steroid causes testosterone production to dwindle which bears other risks for users of the steroid. The recommended dosage of the steroid is between 400 and 600 milligrams per week for men.

Women need less of the steroid because of their naturally slow metabolism. The maximum recommended dosage for women is 150 mg per week. Using the steroid according to these directions enables people to get more muscles that are of higher quality in the long run. The steroid is not recommended for people looking to quickly increase muscle mass.