Halotestin steroid features lean muscle mass without gynecomastia, popular because it doesn’t convert to estrogen. There are some reasons for caution, however. This steroid has particular concerns for aggression and liver damage and needs specific diet and exercise adjustments. 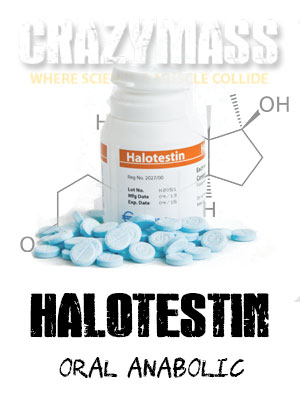 Legal Alternatives to Halotestin for Bulking

It is a steroid that leads to increased lean muscle mass, reduction in fat levels, and increased aggression. The steroid has all these effects and it does not pose the risk of causing gynecomastia. Halotestin is a steroid that must be used in a very controlled way in order to benefit from it. The steroid is not suitable for all kinds of people especially those that take a steroid for aesthetic reasons. The steroid is taken orally and it is absorbed through the stomach lining. Once the steroid has passed into the system and done its bidding, it is expelled from the body.

The steroid is not converted into estrogen, unlike many other steroids because of its altered chemical structure. This makes it suitable for use by men who do not want their breasts to enlarge as a result of excessive female hormones. One of the effects of the steroid that makes it preferable for many people is that it increases aggression which improves a person’s competitive drive. It is used by many people who engage in competitive activities such as sports. The aggression also causes a person to have an additional need for physical exercise and this leads to increased lean muscle mass.

When a person takes this steroid, he or she must change his diet in order to improve the efficacy of the steroid. It can also be used with a variety of other steroids depending on the user’s age and the amount of physical activity. The steroid causes the body to produce more lean muscles that are stronger and more capable of handling exertion. It causes no water retention, therefore, a person can engage in a prolonged strenuous activity without fatigue or pain in the muscles.

A reasonable amount of Halotestin should be used in order to avoid liver damage. People who have any health problems that relate to the liver should not take the steroid as it may cause serious medical complications. The effect of the steroid to increase red blood cells increases oxygen supply to the muscles. This makes Halotestin a favorite steroid for bodybuilders, athletes, and people that are frequently undertaking strenuous physical activities. The steroid should be used sparingly and medical advice should be sought before a person starts using it.