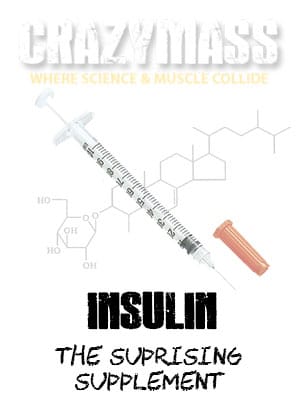 Legal Alternatives to Insulin for Bulking

The operation of insulin in the body is not well understood and mention of the word often evokes thoughts of diabetes. The hormone can be used by bodybuilders to get a competitive edge over their opponents. The main function of insulin in the body is to regulate the metabolism of glucose in the body. It can be considered as a natural anabolic steroid because of its effects on energy production. The hormone causes glucose to be transmitted from the bloodstream into the cells for breakdown into energy. It also causes excess glucose to be converted into a relatively inactive form known as glucagon when sugar is in excess supply.

This process of deactivating excessive sugar also leads to another effect. When glucagon is not metabolized (broken down), it is converted into fat for long-term storage. Apart from regulating sugar in the body, insulin promotes protein synthesis. This helps in the process of building muscle. In order to reap from this benefit, a person has to increase intake of protein from the diet.

The presence of excess insulin in the body could cause significant trouble to a person. It causes an energy shortage in the body because the insulin will convert glucose in the body to forms that are not usable by cells. This ‘energy starvation’ could force cells in the body to break down the secondary source of energy which is protein. Excessive use of insulin could, therefore, cause an increase in fat and a decrease in lean muscle. Patients suffering from insulin overdose feel hungry, appear pale, tremble a lot, and experience mild to severe anxiety attacks.

Extreme amounts of insulin in the body will cause the body systems to shut down and this leads to loss of consciousness. In order to remedy the situation, the people should be fed with high-sugar foods that are quickly absorbed by the body. Pure glucose can be fed to the victims in order to avoid further harm to their bodies. The effects of having excessive insulin are collectively known as insulin shock or hypoglycemia. They are not common in people who take insulin to build mass because they usually increase intake of protein and simple sugars.