Nolvadex is a steroid used to prevent breast cancer that avoids many unpopular side effects in men like gynecomastia and sexual dysfunctions. It is a short-term steroid that’s long-term use can lead to both diminishing returns and visual impairment. 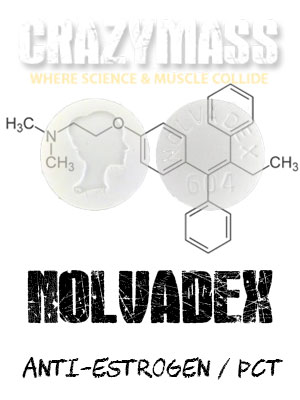 Nolvadex is a steroid that has many benefits. One of the benefits of the steroid is an increase in the amount of good cholesterol, and it also reduces bad cholesterol. This improves circulatory system health and does away with the risk of conditions such as high blood pressure and high risk of heart attacks. The steroid is helpful for men because it increases production of testosterone, luteinizing hormone, and follicle stimulating hormone. This makes it a great supplement for men with low sperm count because it increases sperm production.

People that use steroids for whatever reason have been in search of steroids that do not have adverse side effects such as gynecomastia. Nolvadex is one of the few steroids that do not cause gynecomastia, and it also produces significant improvement in the amount of lean muscle. It is a Selective Estrogen Receptor Modulator or SERM in short, which means that it acts on estrogen receptors in the body and prevent them from binding with estrogen. This does away with the risk of gynecomastia and what that means is that men using the steroid don’t have to worry about developing breasts and other feminine features.

The ability of Nolvadex to increase muscle production while avoiding embarrassing side effects has made it an extremely popular steroid. An increased amount of estrogen in the body does away with a man’s distinguishing characteristics such as facial hair, deep voice, and muscular body. Women also suffer from excessive estrogen in their system as it affects their monthly cycles. Indications that the hormone could also increase the chances of breast cancer are also disconcerting. Women also suffer from oily skin and acne.