Steroids vs Natural Bodybuilding: What is the Best Approach?

Steroids vs natural bodybuilding is a hotly contested debate. Every bodybuilder has an opinion. In this article, we’ll look at the pros and cons of each approach. By the end, you’ll be able to make up your own mind about which one is right for you.

What the Science Has to Say

Let’s start by looking at what science has to say. A study from the Charles R. Drew University of Medicine and Science put these different approaches to the test.  They took participants from 43 ordinary men and split them across four groups. The first would be given a placebo and wouldn’t do any exercise. The second would be getting 600mg of testosterone a week, but wouldn’t be doing any exercise. The third group would be given a placebo shot and would exercise thrice a week. The fourth group would be given 600mg of testosterone and would exercise thrice a week.

But the most interesting results came when they measured the results of the testosterone group that didn’t exercise. Despite the lack of physical activity, they were able to gain seven pounds of muscle. This is more than the natural group gained, despite their hard work in the gym.

At the end of the study, the results were fairly conclusive. If you just care about gaining results, steroids are the way to go.

Pros and Cons of Steroid Use

Now that we know what the science says, let’s take a closer look at each of these approaches. This is the most popular approach amongst male bodybuilders, with a study finding that 54 percent used steroids.

When it comes to muscle gain and physical performance, steroid users have the upper hand. These drugs will give you more muscle mass in a shorter space of time. They will also increase your strength and help you burn fat.

In the gym, you’ll be able to push yourself harder than a natural bodybuilder can. During a workout, you’ll have more energy so you can go for longer. After your training session, you can look forward to improved muscle recovery times.

While steroids are great at helping you bulk up quickly, they do have some serious downsides, affecting everything from your looks to your mental health, to your long-term chances of developing serious diseases. Here are some of the biggest downsides.

Some steroids can cause men to develop feminine features, like the growth of man boobs. On the other side of the spectrum, women start to develop manly features. This includes a deeper voice and the growth of facial hair.

Your mental health might be affected. Many users report “roid rage”, where they are subject to bursts of anger. While they won’t get you high, these drugs can still prove to be addictive. When you try to withdraw, you might find that you become depressed.

Over the long term, though, the consequences can be far more serious. It’s not uncommon for steroid users to develop liver problems.

This is just the tip of the iceberg. There are many other problems associated with steroid use. Though you might not experience all of these side effects, you can expect to have some nasty effects. Plus, the longer you are using the worse these side effects will become. Abusing the drug will also increase the risk of experiencing negative side effects. 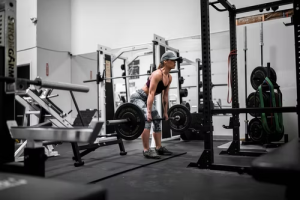 Pros and Cons of Natural Bodybuilding

Once you’ve read through that list of side effects, it’s understandable to want to consider taking a natural approach. So, let’s look at the pros and cons involved in this approach.

The first big benefit is that you don’t need to worry about the risks involved with steroids. This can save you from a lot of health-related issues.

If you are planning on competing, being natural is a must. Increasingly, competitions are getting better at detecting steroid use. If you are caught using these performance-enhancing substances, your career could take a turn for the worse. You could be banned from events. Some champions have been stripped of previous wins because of their drug use.

Even if you aren’t planning on competing, it might still be best to take a natural approach. While you won’t be able to get the impressive muscle growth that steroid users have, the muscles you grow will be longer lasting.

The downside, though, is that you’ll have to be prepared to put in a lot of additional work to get the same results as a steroid user. Remember our scientific study? The men who took steroids packed on seven pounds of muscle without lifting a finger, almost double the amount that the natural men took ten weeks of hard work to gain.

Of course, if you are willing to put in the effort, natty bodybuilders are still capable of producing muscles that rival those of their steroid-using counterparts. As always, the biggest determinant of success is the effort you put in while at the gym.

Which One Should You Choose?

Both of these options have their pros and cons. Natural is safer, but it will take a lot longer to see results. Steroid use is faster and comes with maximum gains, but it also comes with a litany of potential side effects. Trying to decide which approach to take can be difficult. Think about what your goals are and which approach is going to help you get there.

If you want to compete in a professional sport, it’s best to start natural. If you are caught using steroids, you can be facing a wide range of penalties. Depending on the code, you might get a suspension. At other times, athletes might find themselves facing a ban from future events within their sporting code. Plus, you’ll have a stain of being caught using banned substances hanging over your career.

On the other hand, some people start off taking a natural approach. They optimize every aspect of their workout and diet, then check the results they are getting. If you are satisfied with the gains you have made, you might want to continue on the natural path. But if you aren’t happy with the results you have received, it might be time to consider changing your approach.

Ultimately, the choice is up to you. Don’t let yourself be pressured into making a decision that you will regret. It’s best to sit down and consider the pros and cons for yourself. You might want to talk it over with a friend or family member.

Legal Alternatives to Steroids Can Provide the Best of Both Worlds

It should be noted that many steroids are illegal for purchase and use in the USA. Plus, many don’t have approval from the FDA. Because of this, they are often manufactured in dark labs, without any government oversight or formal quality control process.

The good news is that there is an alternative to using steroids. You can turn to a legal alternative. There are plenty of these to choose from. At Crazy Mass, we have a wide range of products for you to choose from. These can be broken down into a few categories, depending on what you want to achieve. First, we have supplements to help you gain strength and build lean muscle. There are some designed to be used for a bulking cycle. Finally, we have legal options that will help you through the cutting cycle.

There are a few things that set these legal steroid alternatives apart.  First, they are safe, with the production process subject to FDA regulation and oversight. Plus, they are made from natural ingredients, so you won’t run into any problems during the competitions. Most importantly, though, the formulation is based on scientific studies, so you can be confident that you’ll be getting something that will deliver results and you won’t need to worry about any of the negative side effects that steroid use can cause.

All bodybuilders have the same goal. They want to build muscle mass and definition. The question is what approach you want to use. Both the natural and steroid approaches can deliver superb results, as long as you put in the effort. Now the only thing left to do is consider the pros and cons of each, to find which option is best for you.