The Ultimate Guide to Halotestin (Fluoxymesterone)

For those passionate about bodybuilding, thinking of ways to improve your gains is always on your mind. You might have heard of something called Halotestin, which has been used within bodybuilding for a long time — but what exactly is it, and how does it work?

Halotestin is a brand name for an anabolic steroid and androgen called Fluoxymesterone. It is also sold under the brand name, Ultandren. It has very strong anabolic effects compared to testosterone but is not as popular as some alternative steroids.

Like all anabolic steroids, Halotestin has a number of side effects, so it’s important that those considering using it have a thorough understanding of the drug’s benefits and risks. Keep reading to find out more about Halotestin.

How Does Halotestin Work?

The anabolic phase of metabolism is where the body is primarily concerned with building and repairing tissue, such as muscle fibers. This is the phase in which the biosynthesis of muscle mass takes place. However, the chemical processes that need to take place in order for this to happen are energy hungry; they need to be able to access a lot of bodily energy in order to facilitate the chemical reactions.

This is where the catabolic phase comes in. 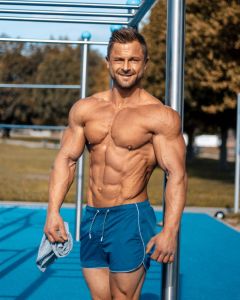 Breaking down the tissue frees energy for the body to use, and so the anabolic and catabolic phases function together to keep the body working effectively.

It’s clear that these two states achieve opposite goals, and these complement the two main phases that bodybuilders tend to follow:

For those looking to gain lean muscle mass — that is, in the bulking phase — we want to be able to keep the body in a more anabolic state to enable the biosynthesis required for the creation of new muscle tissue (as well as other important types of tissue, like bone tissue which can improve overall bone density).

If our aim is to reduce body fat while maintaining as much of our lean muscle as possible — that is, in the cutting phase — then we’re likely more interested in the catabolic state.

Halotestin works by helping induce an anabolic state, which leads to increased retention of nitrogen and some other compounds like sodium and potassium. Nitrogen is especially important because it is only available to the body from food, and it is a critical component of protein synthesis via amino acids.

What Are the Benefits of Taking Halotestin?

We’ve talked about the importance of inducing an anabolic state for the body to prioritize muscle growth. When compared to testosterone, Halotestin has been found to be nearly 20 times stronger than testosterone in terms of its anabolic strength. However, it’s not quite that straightforward.

One of the reasons for its relatively low popularity amongst bodybuilders is that Halotestin is not very effective in passing on its anabolic qualities to the body. In fact, it does not significantly impact the body’s ability to enter an anabolic state.

However, it is actually one of the side effects that is the reason why Halotestin is most commonly taken. In addition to providing some increases in strength via its anabolic effects, and in particular an increase in red blood cell production, the uplift in aggression has made Halotestin a common choice for competitive fighters and elite bodybuilders in order to become more aggressive, prior to their fights or pre-contest training, respectively.

When Was Halotestin Created?

Halotestin first started to be used in the 1950s, having first had its chemical structure described in 1956. It was not long until it was considered for medical usage, with the United States making it available medically just a year later, in 1957. This was through the pharmaceutical company Upjohn, which is now part of Pfizer and is known for formulating drugs such as Xanax and Rogaine.

How Do You Take Halotestin?

Halotestin is a 17α-Alkylated testosterone derivative. This means that it has a specific chemical structure that gives it certain properties. The structure, in this case, is an ethyl or methyl alkyl group at the C17α position of the compound.

One significant impact this has on the properties of Halotestin is that, while many anabolic steroids are required to be administered via an injection, Halotestin is ‘orally active,’ meaning that it can be taken in pill form and still pass into the bloodstream. 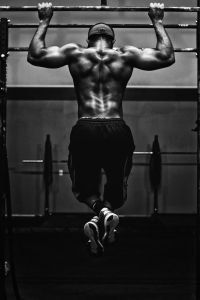 As a result, the most common way to take Halotestin is via tablet, and it is available in a number of different tablet doses. This is because it is approved by the FDA for certain medical conditions such as hypogonadism — when the body doesn’t produce enough testosterone — and so is prescribed at varying doses. When prescribed, it is usually available at the following levels:

Halotestin, when used by bodybuilders, is typically taken for only very short periods of time. This is because of the hepatotoxicity of the steroid. Hepatotoxicity is a reflection of the damage that the substance will do to a user’s liver, and this damage is worsened over time. This means that it is usually only ever used for a few weeks at a time. 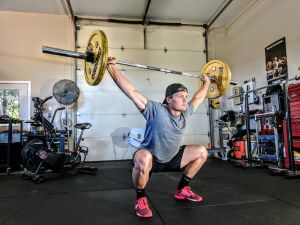 A common consideration of those looking at anabolic steroids to increase their lean muscle mass gains is whether a specific steroid should be stacked with others. Halotestin is not as flexible as many other steroids due to its high hepatoxicity and androgenic properties. This means it should not be taken with other hepatotoxic steroids, such as Dianabol or Anadrol, as the risk of serious liver damage is high.

It is, however, usually cycled with testosterone because its testosterone suppression is also high. This allows the testosterone to drive to an anabolic state of the body that facilitates the gaining of mass (and offsets the lack of production), while the Halotestin provides the strength and aggression needed to push through tough workouts. Even if cycled, it is important to remember that Halotestin should only be used for a short period, typically close to the end of the broader cycle, to limit its capacity for liver damage.

How Long Before a Workout Should I Take Halotestin?

Given that one of the main benefits of Halotestin is the strength and aggression it provides for workouts, the question of when exactly to take it relative to the workout is a common one. It is common to look to take Halotestin around 30 minutes ahead of a workout.

Do Many Bodybuilders Use Halotestin?

Halotestin is not at all common for general use. It simply has too little of an anabolic impact on the body, with too high hepatotoxicity — the risk-reward profile is not good enough. This makes it a poor choice for the vast majority of bodybuilders looking for supplemental assistance with their gains of lean muscle mass.

You might wonder why Halotestin is still around, but this is because of its ability to provide aggression and strength. Competitor fighters may look for an edge in their ability to rise to the occasion, and highly experienced bodybuilders may use it to provide a boost through exhausting pre-contest workouts without risking a high level of water retention.

How Long is Halotestin in Your System?

There are three main factors we need to consider when assessing how long an anabolic steroid will stay detectable in the body.

Of course, some medication stays in your system for longer than others. The preparation of anabolic steroids sometimes includes a special type of compound called an ester. These are a type of fatty acid, and they alter the way in which the active ingredient to which they are attached is absorbed.

The application of esters of particularly important when it comes to assessing how long some types of anabolic steroids will remain in the body — for example, Deca-Durabolin contains an ester called decanoate which allows the injections to take effect over a period of around three weeks.

In contrast, Halotestin’s active ingredient — fluoxymesterone — is not combined with an ester. This means that Halotestin’s action in the body is immediate, and there is no slow release to consider.

The half-life of Halotestin is very short compared to many other steroids. It is approximately ten hours, meaning that over the course of ten hours, the amount of Halotestin in the body will halve. It is important to remember that this does not mean that in 20 hours, the Halotestin will all be gone — because less and less is removed each cycle (a process of continual halving).

The term ‘metabolite’ is related to the intermediate or final products of the activity of the body’s metabolism. It generally refers to the many small molecules created as part of the normal activity of the body, many of which are later excreted through urination.

Detecting the use of Halotestin via urine testing will usually only work in the first five days following the last time the steroid was used, presuming that the dosage at the time was around 10mg.

With higher doses or with blood testing, this time period will increase as described above.

What Is Ideal Post-Cycle Therapy for Halotestin?

The implementation of post-cycle therapy after using Halotestin is extremely important because of its ability to dramatically reduce the body’s level of natural testosterone production.

Halotestin is one of the strongest testosterone suppressors as a result of its very strong androgenic effects, and so this also means that post-cycle therapy following the use of Halotesting is often 50% longer than the normal four-week process you might expect.

Two medications that are often used as part of the post-cycle therapy for Halotestin are:

Nolvadex is used as an estrogen suppressor in order to restrict the risk of the body overcompensating for the removal of the testosterone suppressor by increasing the amount of estrogen produced.

HCG accounts for the restoration of the normal levels of testosterone required in the body by stimulating the body’s testosterone production – vital after it has had a period of suppression.

In conjunction with this supplemental medication is continuing to train effectively and continue to focus on a high-quality diet that provides sufficient nutrients for the maintenance of the current muscle mass as you come off a cycle.

Halotestin reserves a spot as a niche anabolic steroid that only makes sense in a very small number of cases. Its ability to provide aggression in a way that no other anabolic steroid can compete with will likely keep it around, but most bodybuilding enthusiasts won’t ever be in a position to want to take the risks associated with it.