The Ultimate Guide to Winstrol

If you’ve been spending regular time at the gym and getting serious about bodybuilding, you may well have heard of Winstrol before. With the complexity that comes with medication and supplements, you can be forgiven for wondering — what exactly is Winstrol, and what effect does it have?

Winstrol is one of many brand names for stanozolol — an anabolic steroid derived from Dihydrotestosterone (DHT). It has been shown to demonstrate benefits for muscle definition and fat loss, as well as strength, power and speed.

For those looking to gain an edge in their plans to develop lean muscle mass or reduce body fat, Winstrol might be a consideration. In that case, it’s vital to have a thorough understanding of both the benefits and side effects of Winstrol, so read on to learn more about Winstrol.

How Does Winstrol Work?

Winstrol is an anabolic steroid. This means that one way in which it takes effect is through binding to androgen receptors and telling muscle cells to make more protein. When they have bound to the receptors, the cells activate genes on their chromosomes that cause a prioritization of the biosynthesis of proteins.

This makes the protein readily available for utilization in the building of muscle fibers during the post-recovery process when the body repairs the microtears created in a muscle through the lifting of heavy weights. In doing this, it fuses together muscle fibers, which has the effect of increasing the muscle’s overall lean mass.

This is the case for Winstrol and for all the other brand names of stanozolol as well, such as:

Another way in which Winstrol takes effect is that it may block or interfere with the ability of certain chemicals with their own receptors. One such chemical is progesterone, and by impacting its ability to bind with the progesterone receptors, it reduces water retention.

What Are the Effects of Winstrol?

Relative to testosterone, Winstrol has been shown to have roughly three times the anabolic strength. That said, Winstrol isn’t really considered to be a reasonable choice for its anabolic qualities, despite having been used medically to treat muscle atrophy in the past.

Winstrol is more frequently considered during the cutting phases that a bodybuilder endures. This is because it is considered to be effective at burning fat, and its ability to block the binding of progesterone to certain receptors means that the water retention is minimal — another key benefit ahead of the competition.

Winstrol has also been shown to improve the levels of performance for athletes, despite not being known for generating significant gains in lean muscle mass. These improvements are across three main areas:

This means that despite not really being considered an anabolic steroid that is appropriate for bulking phases, it will still provide some improvements to training abilities when used in a cutting phase.

There is some confusion around its impact on joints and ligaments, with reports indicating instances of both improvements in flexibility and pain while different users have been using Winstrol. As a result, there is no current consensus within the bodybuilding community on the effect — it seems to be very much dependent upon the individual’s reaction to the drug.

Winstrol is one of only a handful of steroids that women might consider using, and while Winstrol is not the mildest of those, it is usable at low doses. This means that women will generally only ever take Winstrol in its oral form, as the doses are generally so low.

Due to the different body chemistry, the impact of Winstrol on women is somewhat different from that of men. They are more likely to see greater lean muscle mass growth when using Winstrol and will still benefit from the drying effect that the substance has, leading to greater muscle definition.

The main concern for women using Winstrol is the same as for many other anabolic steroids — its virilizing effects. 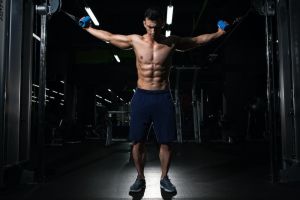 Virilization is a condition that can afflict women, whereby they begin to develop physical traits that are considered to be especially masculine. This is generally caused by sex hormone imbalances, and so anabolic steroids are a significant driver of this due to their androgen qualities and strength.

Some of the symptoms of virilization for women are shown below.

In order to avoid virilization, women should take Winstrol in especially small doses and for short cycles.

Further to the concerns around virilization, women users should be aware that they are also at risk of a broader range of side effects, such as liver damage and changes to levels of cholesterol.

How Is Winstrol Taken?

There are two main ways that Winstrol is taken. 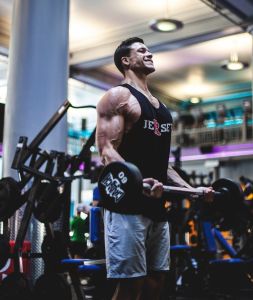 Stanozolol is similar to some other anabolic steroids, such as Halotestin (fluoxymesterone), in that it is ‘17-AA’ or a 17α-Alkylated anabolic steroid. This means that chemically it follows certain structural rules that, in turn, provide certain properties.

The most interesting result of its 17-AA status is that it is considered to be ‘orally active,’ meaning that it can be absorbed effectively through the digestive system. As a result, Winstrol does not need to be injected; it can also be taken in pill form.

It’s also worth bearing in mind that Winstrol has a reputation for being a painful injection. This is said to be because of its water solubility, making it more likely to undergo some crystalization in the needle tip, requiring more force to inject. Some users believe that they benefit from this with local growth as a result, but there is no clear agreement here.

Winstrol, like many anabolic steroids, suppresses the body’s natural testosterone production. As a result, it is almost unheard of for male users to cycle with only Winstrol. This is because the cycler will benefit from a stacking partner substance which can offset the impact of Winstrol on the levels of testosterone in the body.

The purpose of the stack selection is to complement Winstrol’s effects with effects of the partner’s own. This means that the selection of stack is also dependent upon the bodybuilding phase a user is looking to use Winstrol for.

Trenbolone is a common partner for Winstrol when being used by experienced users. Trenbolone can be used as part of both bulking and cutting phases due to its wide range of benefits. However, Winstrol itself is not considered an anabolic steroid that is suitable for beginners.

How Long Does Winstrol Stay In The Body?

Stanozolol is metabolized by the liver, which is a reason for the concerns around its hepatotoxicity. It is considered to be metabolized very quickly, meaning that there are relatively low concentrations of the stanozolol itself in the urine after a short period of time.

The primary way that stanozolol is excreted is as hydroxylated metabolites. These are detectable up to four days following a single dose.

The half-life of stanozolol is dependent upon the method through which the Winstrol was administered. This is because it is to be expected that the oral method will result in a different release of stanozolol than intra-muscular injection. The half-lives are:

In reality, the exact time that Winstrol stays in the body is going to be dependent upon a number of factors:

So the pharmacokinetic profile of Winstrol — the way in which it passes through the body, driven by absorption, distribution, metabolism, and excretion — is not the only factor to consider.

A general assessment is that it can take up to 30 days for stanozolol to completely leave the body.

Why Is Winstrol Controversial?

All anabolic steroids tend to be controversial, with the debate around the impact of their side effects on users — especially those lacking experience or with poor mental health, looking for quick wins by taking risks — central to the issue.

One big additional factor is that Winstrol has had prominent coverage in a number of doping cases. Having such a large audience is a big factor in how drugs are perceived, and one of the biggest doping incidents involved Winstrol when Ben Johnson had his gold medal stripped due to a positive test for Winstrol at the 1988 Summer Olympics.

What Post-Cycle Therapy Should Be Used With Winstrol?

One of the strengths of Winstrol is that it doesn’t aromatize. This quality relates to the process of aromatization, a process that uses an enzyme called aromatase — hence the name of the process — to convert testosterone to estrogen, helping to maintain the body’s required state.

When an anabolic steroid aromatizes, it can mean a dramatic increase in the amount of estrogen in the body, which has to be rectified during post-cycle therapy using specialized medication known as selective estrogen receptor modulators (SERMs) under such brands as:

As Winstrol doesn’t aromatize, it doesn’t require these to be included. However, post-cycle therapy for Winstrol tends to be slightly more complicated because it is rarely taken in isolation. This means that you also need to consider any other substances in your stack and their properties — and as most anabolic steroids do aromatize, you may well include a SERM in your post-cycle therapy plan.

One of the more common ways to resolve the issue of natural testosterone production is by using the usage of a substance called Human Chorionic Gonadotropin (HCG). HCG is a hormone that is usually produced by cells surrounding a growing embryo.

The main issue with the body being put in a state where it is no longer producing sufficient testosterone is that, in turn, the pituitary gland stops the release of a special hormone called luteinizing hormone. The role that the luteinizing hormone plays is important for the production of testosterone, so it is important that the issue be rectified.

HCG can imitate some of the functions of luteinizing hormone, and so when using an anabolic steroid such as Winstrol, HCG is often part of the post-cycle therapy in order to resume normal bodily testosterone production.

What Is the History Of Winstrol?

Winstrol was first introduced to the US market by a pharmaceutical giant called Winthrop and in Europe by their partner, Bayer. Its distribution has varied over the decades as a result of changing FDA rules prior to being removed from the market in 2010 and classified as a Schedule III controlled substance in 2014.

There were only four original anabolic steroids that were available all the way back to 1962, and Winstrol is one of them. This fact makes it one of the oldest of these medications to still be available for therapeutic treatments today.

It still has a place as a therapeutic treatment for certain conditions, such as aplastic anemia and hereditary angioedema. Despite this, there is currently no pharmaceutical-grade production of Winstrol in the United States, with that which is used imported from other countries.

What Side Effects Does Winstrol Have?

Like most anabolic steroids, Winstrol comes with a broad range of risky side effects. Some of the most serious are:

As with most anabolic steroids, the risks are serious, so Winstrol is rarely used by beginners. It should only be used under the close monitoring of a physician.

Winstrol has clearly demonstrated that it has qualities that can benefit those looking to gain muscle definition and perform under duress. It’s also clear that with significant associated risks, it is a substance that requires great understanding and careful consideration ahead of looking to leverage it.