Trenbolone comes in three forms; Trenbolone hexahydrobenzylcarbonate, Trenbolone Enanthate, and Trenbolone Acetate. However, its different forms possess different properties and can be utilized for different purposes. It is an anabolic steroid which focusses on assisting the body in the rapid production and development of muscle mass, and similar to many other steroids was initially created and developed for use in veterinary medicine. There are a lot of Trenbolone products available, and they go by many names (but usually contain “tren” somewhere – the exception to this is with Parabolan). Trenbolone is very similar in structure to nandrolone, which is the active agent in Deca Durabolin, another of the world’s most popular steroids.

As people realize the potential in bodybuilding supplements and chemicals, more and more are finding themselves lost in a sea of chemical names which are difficult to pronounce, and even more difficult to understand the effects, benefits, and risks of. Let’s take a deeper look into this well-known bodybuilding steroid and how it’s used.

What Is Trenbolone & Its Benefits?

Trenbolone works inside your body to build, develop and rebuild muscle structures, whilst also making it easier for your body to use and lose fats. It has been reported to maintain cortisol levels, which is the hormone released by your body when under stress, and can lead to negative side effects both in physical and mental health. On top of this, Trenbolone will work to maintain muscle strength in its ability to increase nitrogen retention in the body, which in turn preserves your muscles and the energy which they use. Trenbolone interacts with your dopamine levels, which incorporate your body’s reward system. As a result of this interaction, the substance is highly addictive, and you should be aware of this before beginning any cycles or enacting plans for habitual use.

Side effects in women include the development of male characteristics, and as a result, female use is not usually recommended. These hormonal interactions reverse in male usage, and instead, it has been noted to cause the growth of breasts on men. More common side effects include the development of acne and greasy skin problems, hair loss, and changes to mood stability and the ability to control emotions, specifically anger.  You may experience anxiety or nervousness, and reductions in testosterone production have been recorded as a result of Trenbolone use, and cardiovascular difficulties can arise. Learn more about a study on long-term side effects. 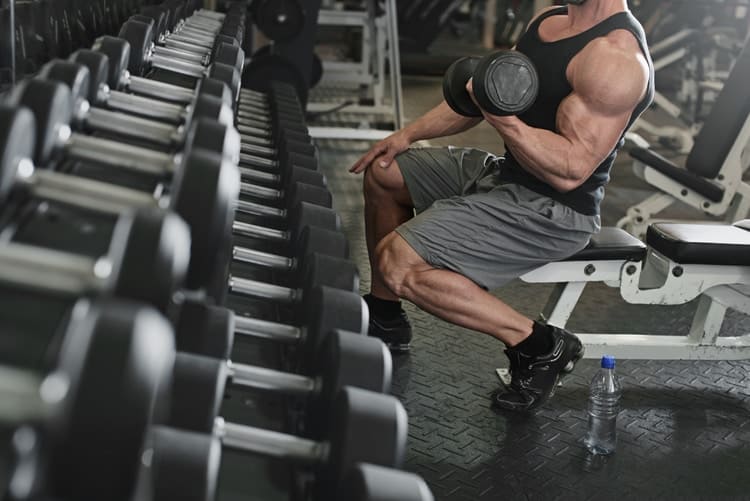 Trenbolone Enanthate is a synthetic androgenic-anabolic steroid, which is taken via injection into the body. Unlike Trenbolone Acetate, it was never approved for use in human or veterinary medicine but continues to be used for scientific research. It has gained popularity on the dark web recently amongst athletes and bodybuilders, who use it as a “designer steroid”. Whilst it is very similar to Trenbolone Acetate, it should be taken less and is far more difficult to obtain due to its illegal status. The enanthate ester which separates Trenbolone Enanthate from the other Trenbolone steroids causes it to be released more slowly into the body, which is the primary difference between the two drugs.

Tren E will assist the body in multiple ways, encouraging and enhancing protein synthesis, red leucite production and the retention of nitrogen in muscles. Most importantly, it will ensure that your body is as efficient as possible in processing the food which you put into it, converting your food into useful, regulated energy which can be used when training. Without Tren E, your body will only partially convert the food which you give it, wasting your body’s valuable energy and training resources.

Trenbolone Acetate is a legal anabolic steroid, licensed in most countries for use in veterinary medicine.  It is injected directly into livestock animals in order to encourage muscle growth, and thus more profitability from the sale of the livestock meat.  Non-veterinary use is illegal in most countries, and of course, professional athletes and sportspeople are not permitted to take it. The major difference between Trenbolone Enanthate and Trenbolone Acetate is the speed in which they enact their effects on your body. Tren E has a slow uptake, but Tren A is much, much faster. This difference is important, in that it speeds up all of the effects associated with Tren E.

Trenbolone is far, far stronger than testosterone, and as such, cycles can be used to regulate your intake, and therefore attempt to prevent the appearance and/or escalation of side effects. Depending on which Trenbolone form you decide to take, you will have different suggested amounts for consumption during your cycle. As mentioned above, women are not usually recommended to take Trenbolone products, however, if a woman decided to take the risk, then their measurements should be slightly lower than men’.

Cycles are important in maintaining your body at acceptable and healthy hormone levels, and there is a plethora of evidence and first-hand reports available online to guide you in your decision-making process. Cycles should include breaks when taking Trenbolone, to fight the body’s inclination to become reliant on such chemicals, and always begin with the smallest doses, working your way up to larger ones. 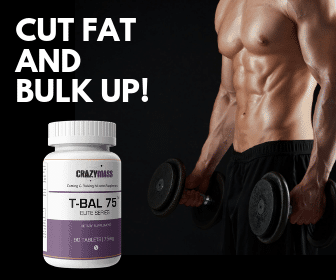 Trenbolone steroids can be costly to not only your wallet but also your body and overall health. With the multiple side effects and harm Tren can have on your body, we highly recommend buying an all-natural alternative to this steroid. A premium bodybuilding supplement like T-Bal 75 Elite Series is the best product for maximizing your bulking and cutting results. Trusted by thousands of bodybuilders around the world, CrazyMass has been helping people reach their fitness goals with legal steroid alternatives that REALLY work. So, before you think about ingesting chemicals, take a look at our line of bodybuilding supplements.

We are a team of bodybuilding experts and fitness coaches who thrive to educate others on the importance of a healthy lifestyle. CrazyMass helps bodybuilders around the world build muscle mass, increase strength, cut fat, and reach their workout goals. Our all-natural supplements are made in the USA and only use high-quality, certified ingredients.