What Is an ECA Stack and How Does It Impact Bodybuilders?

Many bodybuilders are looking for a way to improve their performance in the gym and boost the growth of new muscle mass. Because of this, you might want to consider a wide range of supplements. So, what is in an ECA stack and how does it impact your health?

The ECA stack is made up of ephedrine, caffeine, and aspirin. When combined, these chemicals allow users to lose weight while boosting endurance and enhancing recovery. While relatively mild, it can still cause significant side effects like heart palpitations and high blood pressure.

Though it is one of the oldest supplements on the market, ECA still has its supporters. While it can help you build an impressive physique, it can also cause dangerous side effects. Keep reading to learn about ECA and whether it’s a good choice for you.

What Is an ECA Stack?

Today, most people turn to workout supplements to help them boost their performance. But before this, an ECA stack was used. It almost faded into obscurity after receiving bad publicity and running into legal problems. But ECA stacks have started to become more popular in recent years, as more bodybuilders incorporate it into the cutting cycle.

Three core ingredients can be found in this stack. These are:

By combining each of these drugs together, an ECA stack can produce stronger results. In particular, this combination can help you increase your energy levels, so you can push yourself harder in the gym. It can also help burn fat.

History Of the ECA Stack

Over time, the formulation of ECA has changed slightly. This is because it has a darker history. ECA stacks used to be very popular and were widely used among professional athletes and bodybuilders. However, back in those days, ephedra alkaloids were used instead of the ephedrine that is found in modern versions.

This created a range of dangerous side effects. For example, it could cause high blood pressure and increase the risk of a stroke. Sadly, this led to some high-profile deaths. One of the most prominent is the former Baltimore pitcher Steve Belcher, who grew faint during training. Afterward, he would pass away in the hospital. The coroner investigated and found that the death was caused by the use of ECA. Following this conclusion, the supplement was banned and ephedra was outlawed by the FDA. 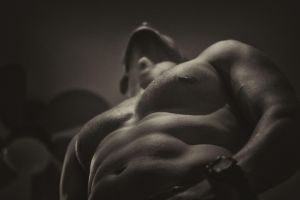 Benefits Of an ECA Stack

Proponents of ECA stacks argue that this supplement can greatly improve performance in the gym, by giving you more energy to train. They also claim that you can use it to burn fat more effectively, making it the ideal choice for the cutting cycle. But is there any evidence to back up these claims? Here is what we know about the effectiveness of each element in the stack:

Based on this research, there is some evidence that bodybuilders can expect to see some benefits from taking an ECA stack. Though the results won’t be as pronounced as some of the other options on the market, like steroids or SARMs.

Downsides Of an ECA Stack

As we mentioned, the formulation of the ECA stack has changed over the years, to reduce the risks. Because of this, there haven’t been any reports of people dying as a result of taking the new ECA stack.

But there are still a few side effects that you should be aware of. Some of the potential downsides include:

If you aren’t careful, this can increase your chances of serious health consequences. For example, there is a chance that it can lead to heart attacks and strokes. It will also have an impact on your mental health. Some of the symptoms to look out for include:

It should be noted that everyone will be affected slightly differently by the changes in the formulation. Because of this, you might have a higher risk of negative side effects. This can include a history of heart attack or mental health issues.

As always, it’s best to discuss this with your doctor before you start to take a new supplement. This will allow you to get a better idea of how it could affect you. You might also want to consider taking a smaller dose for your first cycle. This will give you a clear idea of how your body will react. If you don’t have any issues, you can try it on a full dose.

How To Cycle an ECA Stack?

If you want to try ECA, you will need to combine the three drugs to form the stack. Here are the recommended dosages:

It should be noted that it’s best to cycle the ECA stack, to allow the effects to flow through your system. If you are just starting out, you might want to use a four-week cycle, then give yourself four weeks to recover, before you start taking ECA again. If you are a more experienced user, you might want to consider going for an eight-week cycle.

Is It Legal to Use an ECA Stack?

As we mentioned, the original formulation of ECA is banned, with the FDA outlawing ephedra. But there is a new formula available. You can legally purchase ephedrine. Though there are a few restrictions that are placed on its sale. For example, it can’t legally be advertised. This means that you are unlikely to see any ads on TV extolling its effectiveness.

However, while you might be able to legally purchase ephedrine, there are a few drawbacks to consider. Most notably, it is considered a banned substance by WADA. As a result, you will run into problems if you enter a bodybuilding competition. If evidence of an ECA stack is found in your blood, you could be disqualified. Sometimes, any past wins will also be called into question.

Furthermore, it will be very expensive. It’s not uncommon for you to need to pay hundreds of dollars to get enough to effectively create an ECA stack.

Are There Any Alternatives to An ECA Stack?

Sometimes, you might find pre-made ECA stacks, which don’t include ephedrine. While these can be effective, you should approach them with caution. Sometimes, they will try to get results by increasing the amount of caffeine in the mix. In some cases, it can contain more than 400mg of caffeine.

This can prove to be very dangerous. There is a chance that you will end up with heart palpitations. It can also impact your sleep patterns. Because of this, you should always read through the ingredient list carefully, to make sure that it’s safe to use. It’s also best to look for online reviews, to see if it is a trustworthy product.

While an ECA stack is a relatively safe and legal option you can explore, there are a few other ways to get similar effects. Some of these include:

If you are a bodybuilder, though, you might need a more powerful supplement to help you during the cutting cycle. This will help you lose any weight you are carrying, so your muscles will stand out more prominently. It can also be a good way of supplementing your gains. Here are some of the options you might want to consider:

If you want, you might want to combine these products, taking them as part of a highly-effective stack to build lean muscle, boost strength, and lose weight. This is ideal for bodybuilders who are going through the cutting cycle.

It should be noted that all the products that are sold through Crazy Mass are completely legal, as they are made from natural ingredients. Plus, they have been carefully tested to ensure maximum efficiency. This makes them an ideal choice for bodybuilders and those wanting to get a fit, muscular look.

During the cutting cycle, bodybuilders are searching for a way to lose weight while regaining strength and muscle mass. This is where the ECA stack comes in. Though it has historically led to deadly health outcomes, the new formulation solved the problem. It will deliver results while being relatively safe.

But it if you want something more powerful, it’s best to turn to a supplement from Crazy Mass. These are legal and are made from natural ingredients. They will also be more powerful than an ECA stack, delivering better results for bodybuilders.