What You Need to Know About S23 SARM: Benefits and Risks

There are numerous drugs that bodybuilders use to boost their results in the gym. But S23 is often claimed to be one of the most effective. So, what is S23 and what are some of the benefits and risks of using it?

S23 is one of the strongest selective androgen receptor modulators (SARMs). It will help users gain lean muscle while losing weight, making it a common part of the cutting cycle for bodybuilders. But it can lead to a range of side effects including smaller testicles, anger issues, hair loss, and testosterone shutdown.

There are a few factors to weigh up before you can decide if S23 is right for you. Keep reading to learn more about this drug and the effect it has on your body.

S23 is a selective androgen receptor modulator (SARM). This means that it binds with the androgen receptors in your muscles and bones to mimic the effects of testosterone in the body.  There are other androgen receptors throughout your body. These will be unaffected by the use of S23. As a result, this can allow you to avoid common problems that other types of steroids can create. For example, males using S23 typically won’t develop man-boobs.

This is why this drug is highly effective at helping bodybuilders build muscle.  Interestingly, this chemical was originally developed by a pharmaceutical company called GTX. They were trying to investigate whether it would be an effective form of male contraceptive. However, tests on rats disproved this idea.

How Does S23 Compare With Other SARMs?

To give you a better idea of how effective S23 is, we can compare it with some of the other SARMs on the market. S23 is on par with Ligandrol in terms of the effects it has on muscle gain and how quickly it can help with fat loss. When compared to Ostarine, S23 will give more powerful binding, allowing users to produce bigger gains. But it will also be more dangerous, creating a bigger testosterone shutdown.

Generally, S23 is considered one of the strongest SARMs on the market. In fact, its effects are more closely comparable with anabolic steroids like Winstrol and Anavar. While it will produce a similar gain in lean muscle, it won’t be quite as intense and the side effects will be slightly milder.

What Are the Benefits Of Using S23?

Due to the powerful nature of this SARM, you will be able to get a range of strong benefits. Some of the highlights include:

It should be noted that these benefits are based on what people report when taking S23 and the results of lab tests on rats. You might experience different symptoms when you start taking this drug. 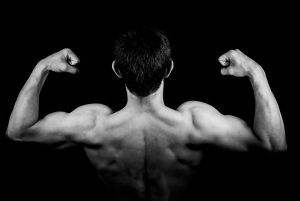 What Are The Risks Of Using S23?

While there are plenty of benefits associated with taking S23, there are also some fairly significant downsides that you should be aware of. The biggest risks include:

Again, this is based on the types of symptoms that people report when they are taking S23. There aren’t many studies that detail how this drug will impact users. There also aren’t any long-term studies about its effect on humans. Because of this, there might be numerous potentially negative side effects that we don’t even know about yet.

At first glance, the effects of S23 might seem appealing. But when faced with this long list of risks, and the chance of even worse effects that we don’t yet know about, it just isn’t worth it.

What Is The Right Dosage For S23?

Hopefully, you now have a better idea of the pros and cons of taking S23. If you decide you want to proceed with this chemical, you will need to follow a strict dosage policy. This can help you minimize the side effects.

The problem is that since the drug isn’t recommended for human use, there are no official guidelines for dosing. Often, it will fall on the individual bodybuilder to decide how much they want to take. Because of this, some people report taking up to 50mg of the drug each day.

But these types of huge doses are an outlier. Instead, most bodybuilders will recommend taking 10mg a day. Though more experienced users can take up to 30mg.  It should be noted that S23 has a relatively short half-life. It will only last for 12 hours. Often, you will reach a peak dose within just four hours. Because of this, you will need to split the dose in two, taking 5mg in the morning and 5mg in the afternoon.

In most cases, the cycle will last for around eight weeks. Though, you will start to feel the effects of S23 very quickly. Often, it takes just four weeks for it to kick in.

You can get good results by using S23 on its own. But some people might want to consider stacking, to help boost its effects. Often, S23 will be used as part of the cutting cycle. It can help you reduce your body fat percentage while helping you preserve your lean muscle.

As we mentioned, S23 can block the production of natural testosterone. Because of this, you will need to undertake Post Cycle Therapy (PCT). If you don’t do this, you could be risking a complete shutdown in the natural production of testosterone.  This is why you might experience withdrawal symptoms at the end of the cycle.

It’s recommended that you take a PCT drug like Clomid to help you restore your body to its natural testosterone levels. The PCT will need to last for eight weeks and you will need to start at the end of your S23 cycle.

As we mentioned, S23 has never gone through any type of human testing. But it can be purchased on the black market as a research chemical, often intended for animal experiments. As you have probably worked out, this is illegal. It can also pose severe risks to your health. Often, this type of drug is produced in dodgy labs, with no oversight from the FDA. This means that there is no way of knowing what chemicals are included in black market samples of S23.

What Are Some Alternatives To S23?

The good news is that there are some legal alternatives you can explore if you don’t want to ruin your reputation or health by using S23. Crazy Mass has a range of options to help you with both bulking and cutting, these include: 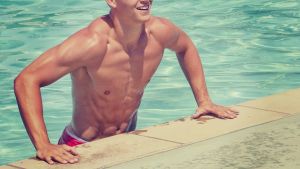 At first glance, it’s easy to be tempted to try S23. After all, who doesn’t want to build lean muscle mass, boost muscle density, and burn fat? But this drug also has some serious downsides, shutting down your body’s natural production of testosterone and shrinking testicle size. Plus, the long-term impacts haven’t been studied, so there is a chance that there are other nasty side effects to consider.

Because of this, S23 simply isn’t worth the risk. Instead, it’s best to turn to a legal alternative that is made from natural ingredients. This will deliver the same benefits as taking a SARM like S23, without the need to place your long-term health at risk.